What You Need to Know About Driving Under the Influence

As spring and summer approaches and people kick back with alcohol-fueled lake trips and big nights out, police officers all over the U.S. start to see a rise in an unfortunately common offense: driving under the influence.

But surprisingly few people know fact from fiction when it comes to driving under the influence. Here are some questions you may have about drunk driving:

Contents hide
1 Do you have to be driving badly to be pulled over for “DUI”?
2 So how many drinks takes you to 0.08%?
3 Can I refuse to be tested?
4 Can I go to jail?
5 Can my passengers drink?
6 Do I have to pull over? What are my rights?
7 What if someone hits me while they’re driving under the influence?

Do you have to be driving badly to be pulled over for “DUI”?

No! In most of the U.S., the blood alcohol limit is set at a percentage of 0.08. It doesn’t really matter if you were driving reasonably at the time or if you feel more or less under control. Even if you’re stopped for something unrelated, you can be charged if it’s discovered afterward that you’re driving over the limit.

Unfortunately, there isn’t a standard answer to this, and it all depends on many factors – age, weight, gender, body composition and more. Many people are surprised to find out how little alcohol it actually takes to reach the limit, and bars and restaurants are notorious for serving single drinks that in reality count for several “units” of alcohol. Your best bet? Don’t drink at all if you’re driving.

Can I refuse to be tested?

Well… technically yes. But then you’d be fined and have your license suspended. This is because state laws have “implied consent,” meaning you really have no reason to resist being tested.

Can I go to jail?

If it’s your first offense, expect fines of up to $2,000 and a license suspension of up to 3 months, but luckily, usually no jail time (after you've bailed out from that night, of course).

A second offense, however, can include 5 days’ jail time, up to $5,000 in fines and a license suspended for up to a year. It just gets worse from there and it all depends on what state and jurisdiction you're in.

Can my passengers drink?

Nope. Most states have “open container laws”, and they forbid passengers anywhere in the vehicle from consuming alcohol or carrying an open container of alcohol while driving. Your passengers can be intoxicated at the time, although expect trouble if they're under the legal drinking age.

Do I have to pull over? What are my rights?

In general, trying to argue your way out of trouble seldom works – remember that most police officers are merely trying to do their jobs and if you’ve encountered someone who’s tired after a long shift, you might find your antics are rewarded with three tickets instead of one – contrary to popular belief, cops are human – so, if they are having a bad day, it might not be smart to make it worse.

While it’s true that you have a right to stay in your car, for the most part, there really is almost never a situation in which it serves your interests to do so.

Some people get a thrill on resisting authority or aggravating the officer, but the fact is most DUI situations are straightforward. Pull your vehicle over when it’s safe, cooperate, and be respectful.

What if someone hits me while they’re driving under the influence?

In this situation, victims usually have a very strong claim, their lawyers only having to decide negligence or cause, and how that affects your insurance claims. If you’re involved in a crash, pay close attention and immediately report anything you saw to the officers who respond.

Naturally, you shouldn’t ever plan to be pulled over for drunk driving. But alcohol has a way of making poor choices a little bit easier to make, so if you land in a sticky situation, it pays to know what you’re dealing with.

As always, make the decision to drink responsibly, choose a designated driver and you’ll make sure you can get cabin fever at the lake and not in a jail cell. 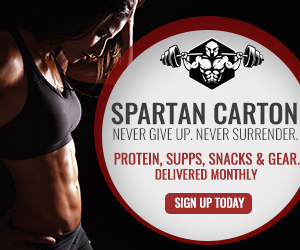 What You Need to Know About Driving Under the Infl…