Usually beginning with a slow approach to the car, a firm press on the trunk and a request to see license, registration and insurance; a Monday traffic stop didn't go exactly that way for one motorist and one Connecticut state trooper.

Trooper Matthew Spina, of the Connecticut State Police Troop F in Westbrook, pulled over 31-year-old Kevin A. Jette on Monday for speeding on Interstate 95 near New Haven.

Luckily, Connecticut is a one-party consent state, meaning that it is legal to record in-person conversations with the consent of only one party to the conversation.

In this case, that one party was Kevin Jette.

While the Trooper’s behavior in the video is disturbing, it is not indicative of the great work of the women and men of the Connecticut State Police and their dedication to protecting and serving during this pandemic

We hold our troopers to high standards and the behavior displayed in the video is not reflective of the values of Commissioner Rovella or my administration.

At the beginning of the stop, Jette asks the trooper why he was following the other driver so closely. The trooper responded by saying that the governor's office received complaints about speeders and other traffic violations and also told Jette that he was going 60 mph in a 40 mph zone.

Quite frankly, it was none of Jette's business why the trooper was speeding.

If we even begin to entertain people who question law enforcement on-the-spot about why they do what they do, public safety's hands will be forever tied. They will always have to second-guess why they're doing what they do and always have a delayed reaction when it matters the most.

Under the “about” section for Civilian on Patrol, Jette's YouTube Channel, the description says: Highlighting the good; disciplining the bad; exposing the ugly. I can film, whatever I can see, from wherever I’m allowed to be.

It appears Jette is an aspiring First Amendment auditor of some sort, but this was the only video posted to the YouTube account that has been open since 2013.

If Jette is going to continue down this road of First Amendment audits, he should refrain from being a social justice worrier warrior while law enforcement does things he has no clue about – police have enough to deal with without uninformed citizens jumping in and questioning their every move.

If Jette was really concerned enough to address Spina's driving behavior, he should have taken video and then addressed it with the CSP command staff but, my guess is that he was only truly worried about Spina's driving habits once he was pulled over.

Jette's video does not do justice to the situation

The driving behavior of both Spina and Jette is a very minor thing, considering the video.

The in-car video taken by Trooper Spina had no audio, whether because Spina did not activate the audio, or because CSP felt the audio was too damning to go with the in-car. We fixed it for them by merging the 2 video files so you can get a better understanding of the body language, circumstances and just how unacceptable this was.

State police leaders say Spina has been with the department close to 20 years and is overall a good trooper. Judging from the video, it is highly unlikely that this was a one-time thing.

It was just the first time it was caught on video.

I'm sure there was a time when Trooper Spina was an eager new boot, fresh out of the academy and couldn't wait to serve the public. Unfortunately for him, this video on the Pearl Harbor Memorial Bridge shows that time has long since passed and just how much anger and resentment he has towards the very public he had sworn to protect.

Mellekas also announced the creation of a “resiliency program” to help troopers experiencing stress while working on the front line of the pandemic.

We do recognize that all of us everywhere are under extreme stress during the pandemic. For our troopers, they are dealing with the impact on their personal lives along with workplace stressors of being on the front line.

Look. I get it. Cops are human. Motorists are human. People are human. But I find it incredibly distasteful and extremely cowardly for the Connecticut State Police to put this incident on Coronavirus.

Whether or not the CSP command staff knew just how much of a loose cannon Spina really was, they can no longer turn a blind eye towards it any longer. In fact, an internal affairs investigation has begun and Trooper Spina has been placed in an administrative capacity, which does not allow him to interact with the public.

Other media outlets seem to be fixated on the fact that Spina is not wearing a mask or gloves in the video. Holy hell. Is this what we've come to? Worrying if someone is wearing PPE or not? By the way, Connecticut State Police say troopers aren’t required to wear PPE on traffic stops if they don’t have time to put them on.

In the video, Spina comments that he only has 14-months to go (before retirement).

I suspect he should have maybe retired more than 14 months ago. 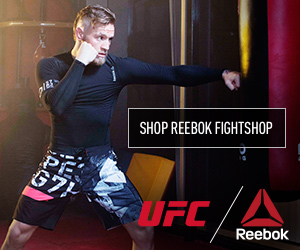