New developments are coming out about Jadon Hayden, the guy in Detroit that likes to video himself beating white people. According to FOX 2 in Detroit, who spoke with Hayden's father that said Jadon was diagnosed with COVID-19 last Wednesday and was supposed to be taken to another facility to be quarantined.

There are so many things wrong with this case, like how multiple bedridden nursing home patients can be supposedly “checked on” while their injuries go unnoticed until the police come knocking at the door with a video.

But possibly the most disturbing discrepancy is that while Michigan Governor Gretchen Whitmer and Michigan Attorney General Dana Nessel are so busy trying to throw insults at the President and threaten a 77-year-old man with jail time for cutting hair and then pull his business license to save face, they forgot to pull coronavirus-positive patients from nursing homes in their state.

After it was found that a third of all U.S. coronavirus deaths were nursing home residents or workers and the older population is the most susceptible to the coronavirus, New York stopped the practice on May 10, but apparently Michigan did not.

I can actually see where making so much noise about Trump and attempting to “stand-up” for the roughly 9,883,640 people of Michigan could be beneficial for them. Whitmer, who will be up for re-election in 2022, won her seat with 53.3% of the vote in 2018, compared to her Republican opponent Bill Schuette‘s 43.8%.

Georgia, the next comparable state by population led by Republican Governor Brian Kemp, has a population of around 9,687,653. Yet, as of today according to WorldOMeter, Michigan has had 54,365 cases and 5,223 deaths, while Georgia has had 42,132 cases and 1,811 deaths.

Georgia was also one of the first states to open up on April 24, even though the media referred to it as an “experiment” and most “experts” said all of Georgia would die.

Michigan, however, has had some of the most restrictive stay-at-home mandates in the country.

Or we can go a step further and look at the State of Texas as another example, led by Republican Governor Greg Abbott. With a population of around 25,145,561, Texas is second in population only to California.

In fact, only 3 other states have had more deaths than Michigan:

Could it be, that Democrat leaders in the Great State of Michigan are more worried about appearance than actually helping their people? Maybe if they could lower themselves down from their powertrip, their State could do better.

The people of their state deserve better. 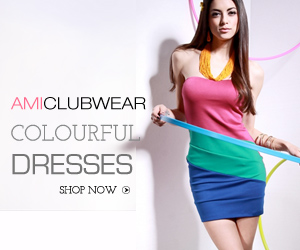 UPDATE: Detroit Nursing Home Attacker was There Be…